Led by a sparkling Amine Gouiri who scored a goal and an assist, Le Gym reached the Coupe de France final (2-0), the first since 1997. End of the dream for Petit Poucet Versailles (N2).

It is the end of a great adventure for FC Versailles 78. The National 2 resident, who was playing in a historic Coupe de France semi-final in Nice on Tuesday night, lost to the Gymnasium at the Allianz Riviera (0-2 ).

Youssef Chibhi’s men will not have been unworthy in this balanced match in the first half where the fans withstood the pressure from Nice. Well placed, positioned in a low and tight block, they prevented third-placed Ligue 1 Uber Eats from having too many clear chances. Twice Nice striker Khephren Thuram put his head in, but the first time it spun over the crossbar (12th) and the second time it was caught by Dan Delaunay (43rd).

When they returned from the locker room, the Gym attacked in force and found the fault. After an overflow down the right flank, Andy Delort let the cross pass behind Amine Gouiri’s back. French international Espoirs scored with a dampened-recovery sequence down the right (1-0, 48th). FC Versailles suffered the blow and Gouiri was on fire. 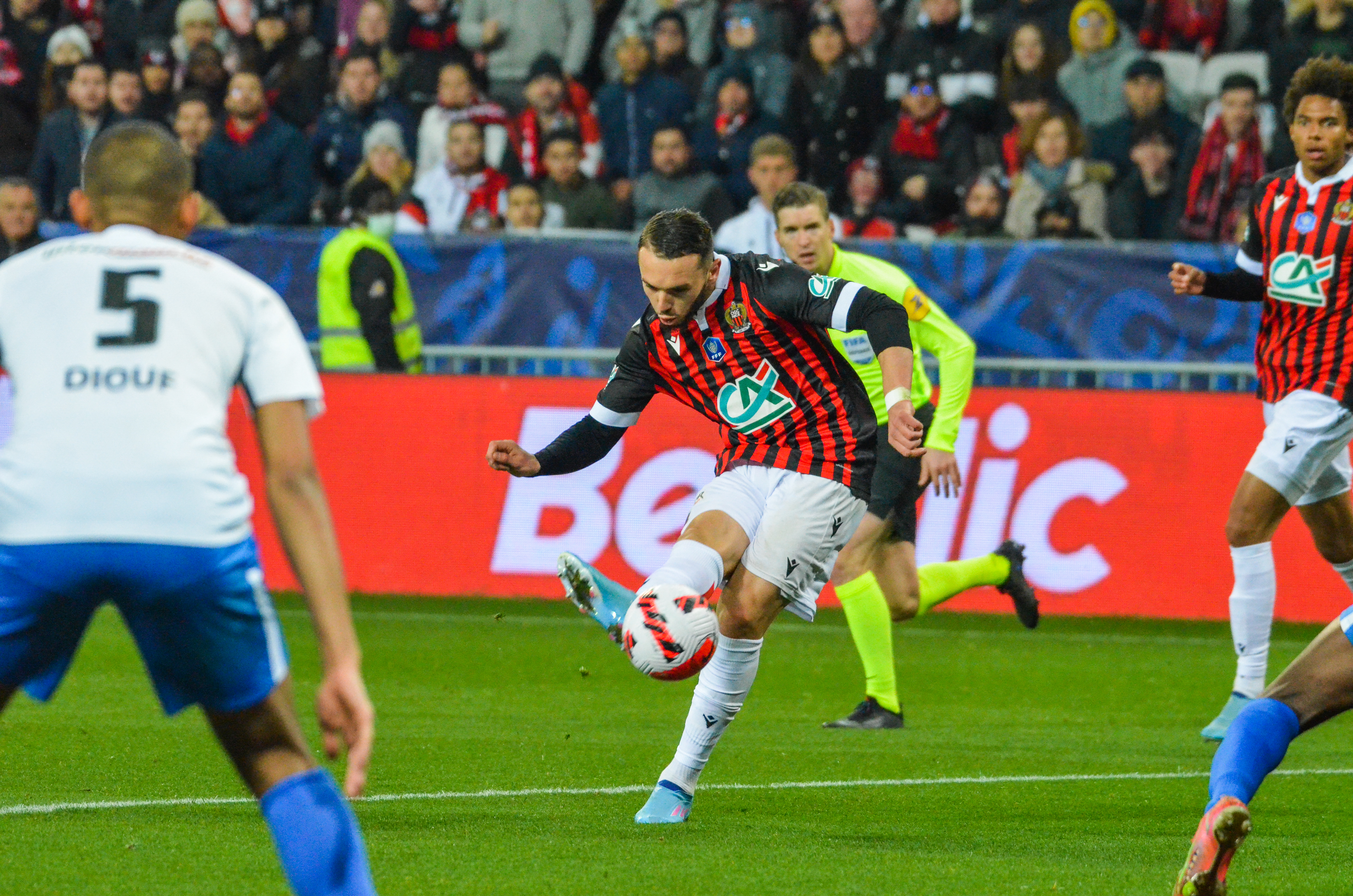 He took advantage of the opportunity with a curled shot in which Delaunay intervened (57′). Then came a gem. The striker started an action, took advantage of a favorable counterattack, made a festival between roulette, a small bridge and eliminated three rivals to… take out on a plateau by Kasper Dolberg (2-0, 73rd). In added time, the niçois even touched the crossbar.

After eliminating Paris Saint-Germain and Olympique de Marseille, OGC Nice reached the Coupe de France final for the fifth time in its history, an appointment the club had been waiting for twenty-five years. Christophe Galtier’s players will meet Nantes or Monaco at the Stade de France on Sunday, May 8, facing each other on Wednesday night (9:15 p.m.).

For the Versailles, greeted as they left the pitch by an honor guard from the Aiglons, their unique and unforgettable journey ends there. Place now in the championship where a promotion in Nacional is at stake for the leader of group A.

OGC Nice will play its fifth French Cup final, the first since 1997.

Espoirs international Amine Gouiri scored his second goal in the Coupe de France this season. He had already scored in the quarterfinals against OM (4-1).

No matter which team joins Nice in the final, the lineup will be unprecedented.

“There is a bit of frustration. We can’t take away the quality and investment of the players in the first period, but we have this little disappointment at the beginning of the second period because we were away from the players and at this level it pays off right away. We did the first half that we wanted, we were going in the right direction and maybe we made them hesitate a little bit, but well, not enough. The guys stuck to the plan, but we knew it only took one individual feat and some percussion on their side to make a difference. »

Youssef CHIBHI, coach of FC Versailles 78, at the microphone of Eurosport 2

The Coupe de France on FFF.FR

More about this author
Author 2906 Posts